The History of the Shure SM57

Published July 17, 2010
This is a guest post from Geoffrey Granka of Fresh Produce Productions. Find him online at www.freshaudio.ca and @gmgranka on Twitter.

Wouldn’t it be lame if I said, “The history of the Shure SM57 is the history of rock and roll itself”? It’s a good thing I’m not saying that.

The Shure SM57 is one of the most popular (if not the most popular) microphones in the world. Virtually everybody that has heard a recording since 1965 has heard the sound of an SM57; on snare drums, on guitar cabinets, and on the Presidential Podium (that recording of Nixon saying “I am not crook.” was recorded by the SM57). So how did this cheap little microphone become so prolific? Let’s take a look at where it came from:

Before 1965, Shure had already made quite a name for itself in the audio industry. It was the most popular maker of cartridges for record players and had found microphone success in everything from securing the contract though making throat microphones for the US Air Force (allowing pilots to speak to each other over the roar of engines) to miking the man who brought rock and roll to mainstream America: Mr Elvis Presley. 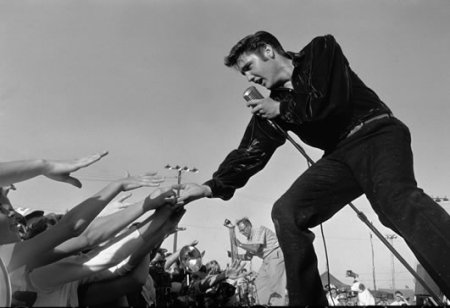 The microphone that was often connected to Elvis was the Shure Model 55. This mic garnered acclaim because of it’s awesome-stupendous art-deco styling, its affordability  (ribbons were the predominant microphone type at the time), and its excellent sounding capsule: the Unidyne (developed by Ben Bauer in 1939). Engineers at Shure continued to develop their successful Unidyne capsule to make it better and better as time went by. Eventually a grumpy/ingenious engineer named Ernie Seeler developed the Unidyne III capsule, the very one used in the modern SM57 today. This capsule first found itself in the Shure Model 545, a microphone that looked veeeeeery similar to the SM57.

The Model 545 was pretty successful because of its great sound and its ground-breaking end-address capsule. Prior to the 545, microphones were more prone to feedback and less accommodating to close-miking because the capsule didn’t get right up against the sound source. This allowed more ambient noise to enter the recording. The 545 found itself in a lot of US studios, again because of it’s low price and superior rejection.  The Model 545 was most notably used on Brian Wilson’s voice on a little album called Pet Sounds to track his voice separately while recording vocals shoulder-to-shoulder with the Beach Boys.

Meanwhile, back at Shure Brothers Incorporated, the crazy engineers kept trying to improve upon the 545. Television was becoming a big thing, so they decided they would build a mic for this demographic.

They already had an excellent capsule, but they needed a microphone casing that would withstand the rigors of TV studios. So they did what any 11-year-old child would do and tried out their designs by cooking them, dropping them, and immersing them in salt water. Once they had a superhero microphone that survived the tests, they gave its body (same as 545) a non-reflective coating for the cameras, and removed the on-and-off switch (you don’t want pesky talent accidentally turning off their mics). In 1965, when the uncreative naming people at Shure affixed an SM to the model name to indicate that it was a studio microphone, they were referring to TV studios.

Eventually word of this microphone’s infamous durability traveled into the burgeoning live sound industry, and techs starting bring along these trusty little mics. Studio engineers loved them too, not only because they sounded good, but also because they had extremely high SPL ratings. This meant that  they could use these mics to get the sound that was becoming increasingly popular: close miking.

There you have it: the indisputable history of the Shure SM57. Tell your friends. 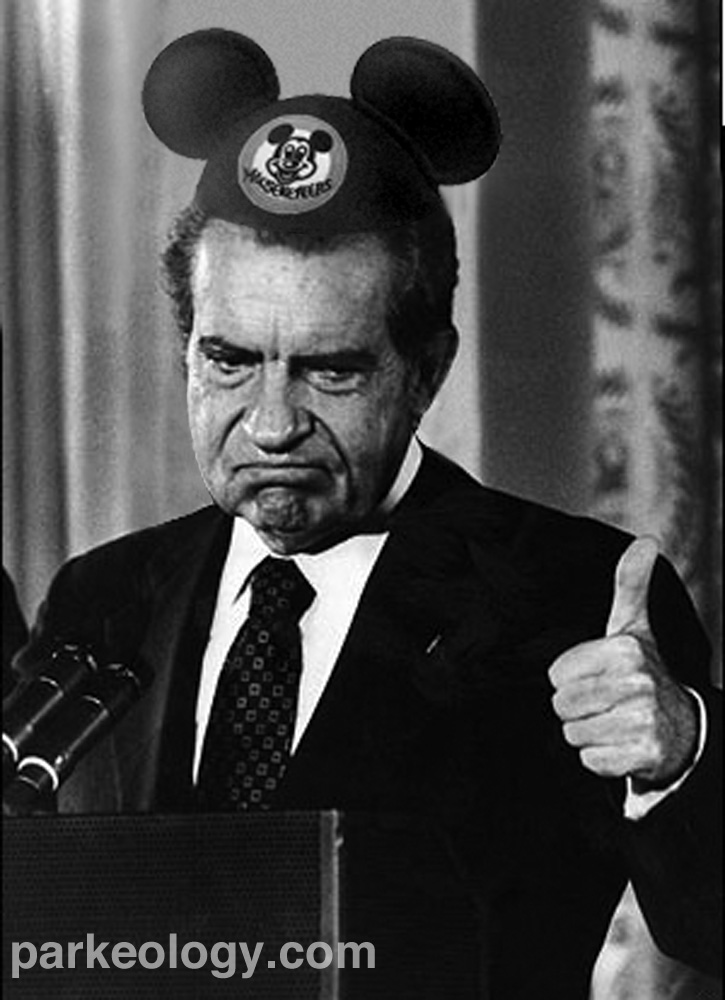 The Shure SM57; the classiest thing in this photograph.

Shure Incorporated Official Website
Here, There, and Everywhere: My Life Recording the Beatles – Geoff Emerick
Wouldn’t It Be Nice: Brian Wilson and the Making of The Beach Boys’ Pet Sounds – Charles L Granata