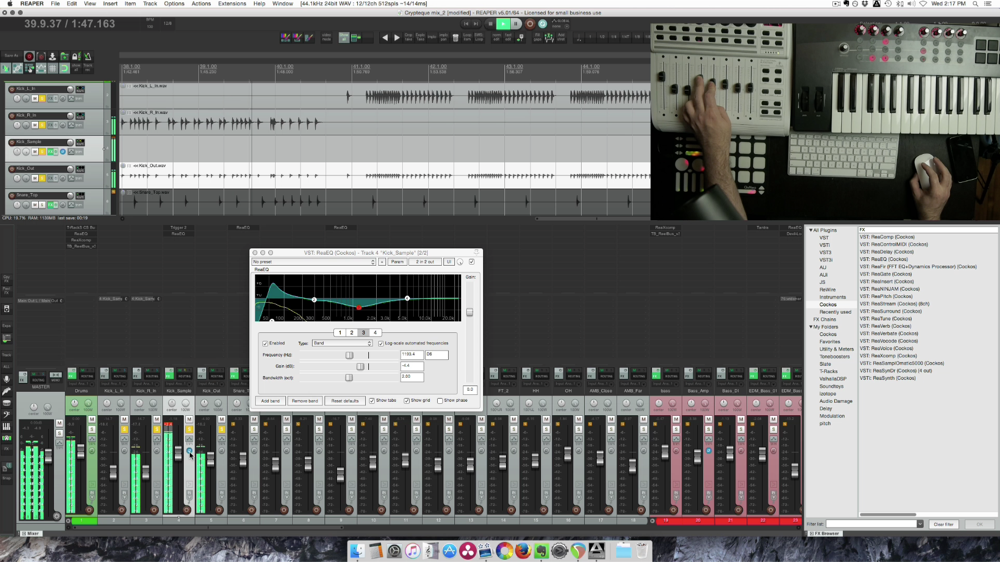 9 things I learned from watching myself mix

Published November 13, 2015
I spent a lot of time watching myself mix while editing my Mixing in REAPER Vol 1 video series. I’ve learned quite a bit from it and I think these things are worth pointing out.

These things are not all good. I’m always looking to improve my skills and results. Mixing at maximum efficiency isn’t my goal. If I spent a little time to A/B compare a couple different compressors, or to think about the emotional impact a processing choice might make, the mix might be even better. Would the mix be measurably better if I side-chain compressed the bass? Who knows. We can’t explore every possible path, nor should we try to.
I think it’s good to look at how we work once in a while and evaluate our strengths and weaknesses and also determine what is important to spend your concentration on.
If you want to check out the video series I’m talking about you can get it here: MIXING IN REAPER VOL 1