I recently bought the ART PRO VLA II Stereo Tube Compressor for my studio. It’s one of the most affordable compressors on the market and packs a ton of features in a sturdy 2 space rack. In researching this compressor I ended up at Gearslutz multiple times. Over and over I was reading that you MUST change the tubes for it to be useable in the studio. None of the pros that used it for the Tape Op Magazine review talked about NOS Unobtainium KGB vacuum tubes, but I felt I needed to try for myself before I permanently rack mounted the VLA. 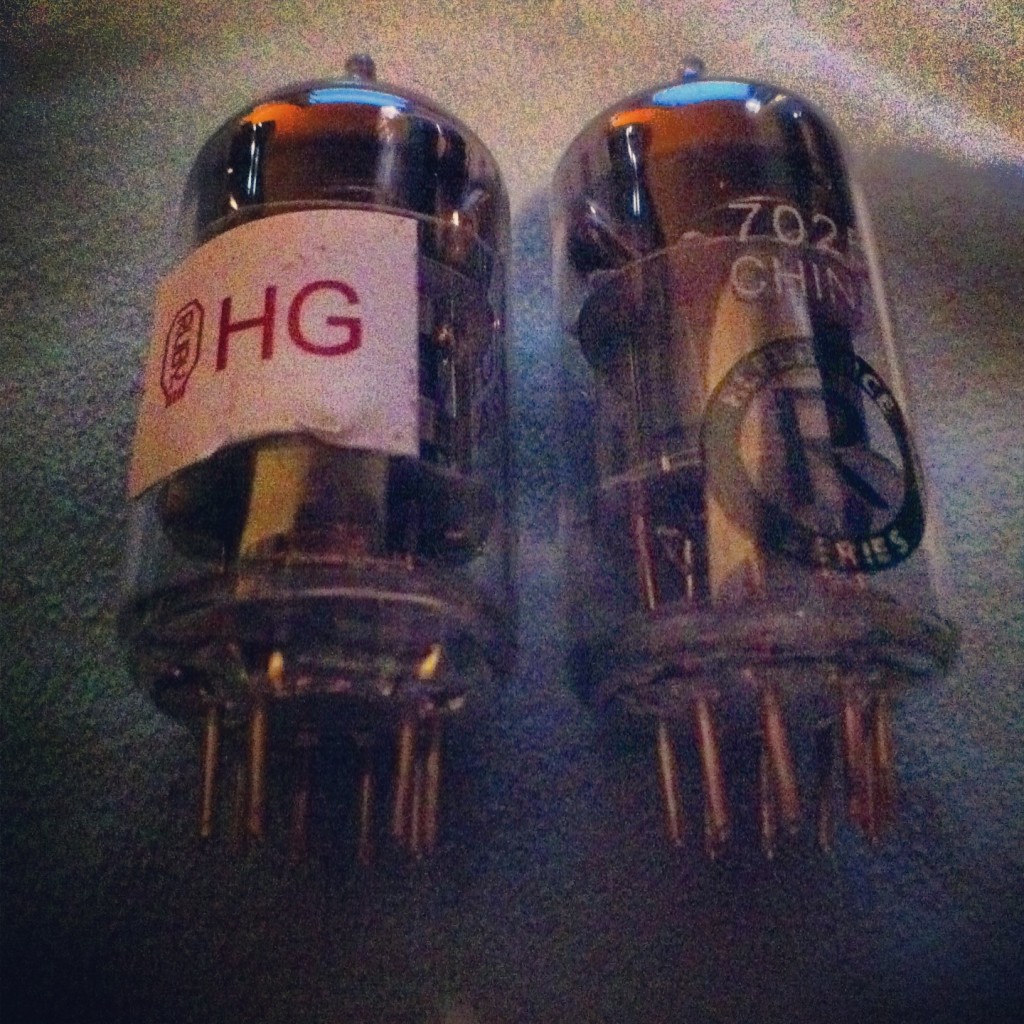 I also own the PRO MPA II Reference Series tube preamp. It comes with lower noise, Chinese 7025 tubes that are also compatible with the VLA. Since I had a matched pair of 7025 and the stock 12AT7s, I ran audio through each set and recorded the results.

The audio source is 1kHz test tone, clap samples, acoustic guitar, and drum submix. The examples use a fairly heavy setting of about 10dB GR. Audio was going in line level and back to the daw. No other processing.

The difference between the tubes is not as drastic as one might expect. They sound very similar in either the MPA preamp or VLA compressor. The 7025 tubes from the Reference Series MPA do sound a little tighter and about 1dB hotter output, and just a hair brighter. Self noise was about the same (extremely low) for either set. For me that’s not enough to immediately go buy a matched pair to replace the stock 12AT7, or even enough to spend more time and money on other options. I KNOW that I just swapped one set of cheap Chinese tubes for another, I don’t have any other matched sets to compare with. (send me a bunch of tubes and I’ll make time for a bigger shootout)

Trying out different tubes in my gear is something worth doing but not obsessing over. I tried just two of the hundreds of compatible tubes and it feels like I’ve spent all day on it. Either way it’s not magic, but it’s a solid compressor and great bang for buck.