Community Kitchen Vol. 1 compilation is out now and you can get it free on bandcamp. This compilation was organized and mastered by Kim Lajoie and includes my song Surrounded. Kim has written a short review of the song on his blog and I thought I’d share some background information about how this was recorded.

Have a listen to the original demo from 2010:

This song is actually the first thing I recorded as I learned REAPER. I recorded the main melody and soft strums with my brother’s cheap acoustic guitar with really dead strings. If I remember correctly, I used a dynamic mic sitting on the edge of the desk to mic the guitar. Adding the basic REAPER ReaVerbate plugin gave the acoustic a really depressing and emotional vibe. From there started filling out the arrangement with bass, Addictive Drums, and electric guitars. The track really relies on reverb and delays. The electric guitars were processed with Amplitube 2 and layered for a chaotic wall-of-sound.

In total there are 3 layers of acoustic guitar, virtual drums, 1 track of bass, 3 tracks of electric guitar, Novation Bass Station and a delay bus. A total of 12 including bussing.

In 2012 my friend Joel Adams in Australia and I decided to collaborate on some post-rock style music. I don’t consider myself to be a composer or even a musician but I play guitar and bass, I can program drums and I can make stuff sound good. With two engineers working on this it should at least come out decently. We rerecorded this song and made a few more demos of new songs. In the end this was the only one that was finished before we both became too busy with other projects.

Using the demo as a template we started rerecording each instrument with way better gear and better performances. The first ‘verse’ was shortened but the arrangement is the same otherwise.

Joel went first by recording the main acoustic parts. He used an old Ibanez and miked it with an AT4040. He also played some of the electric parts through a POD. 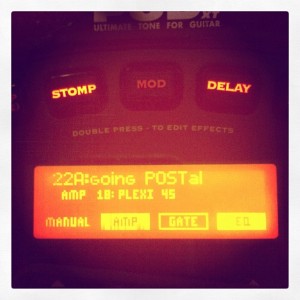 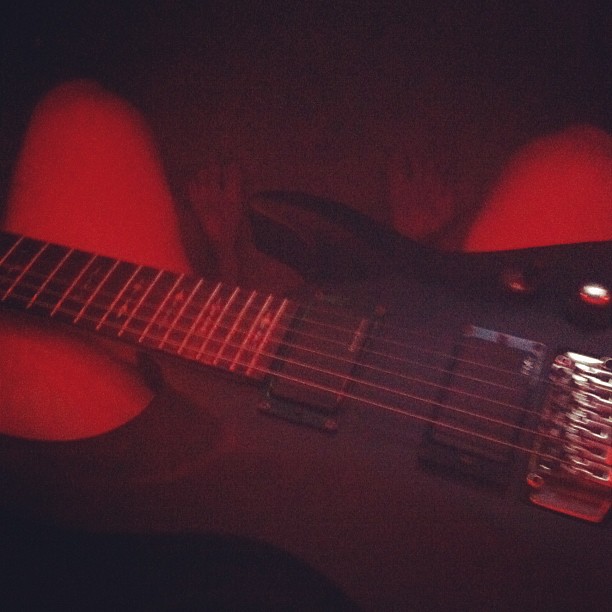 I played bass (direct then reamped with MXR M-80) and some of the electric guitars. My electric parts were through a RAT and Hall Of Fame pedals into my weird little vintage tube combo and miked with an SM-7B. 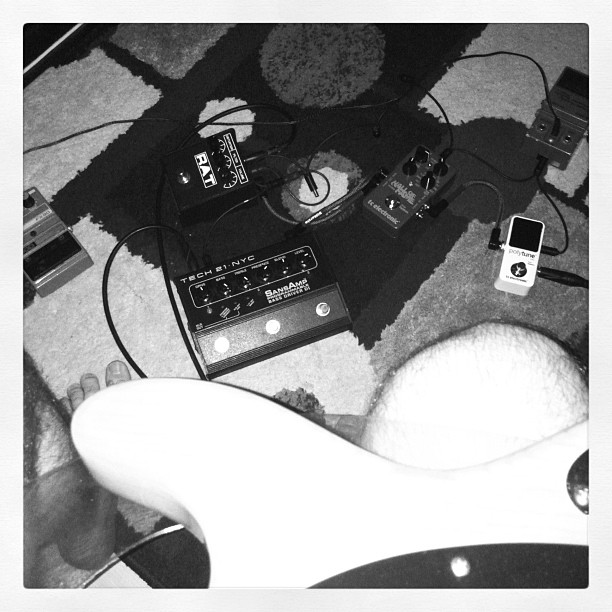 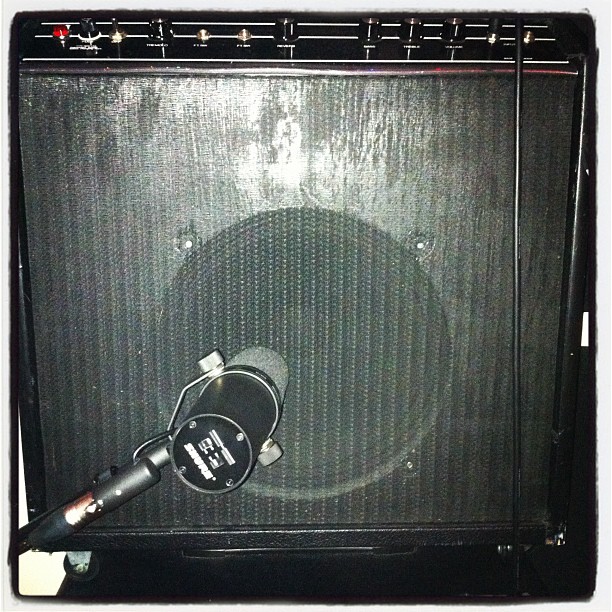 We sent the tracks to Eric Beam for the live drums. Eric sent me back 60 tracks of drums and percussion, pretty much everything but the kitchen sink! This included hand claps, tabla, sticks on cement wall, shaker, two drum kits and two sets of room mics for each. This was far beyond what I could have imagined for this project and nearly everything he sent fit in the final mix.

With all the tracks recorded for this song it was time to mix. Most of the mixing was just creating space for each of the nearly 100 tracks. Eric’s drums sounded incredible and required only basic eq and compression.

I did a basic mix for my segment on Long Distance Collaboration for HRS.

Strangely, once I wrote about how to run a successful long distance collaboration, mine fell apart and work stopped for the four songs in progress. Joel got too busy being a model or something.

When Kim posted about the collaboration it gave me the kick in the butt I needed to actually finish the mix and send it out to be mastered.

The song still needed something after all that time. The intro seemed too bare and incomplete until I added some samples of noise I got from FreeSound.org. I probably could have recorded my own noise samples for the intro but I really just wanted to get it finished. I also recorded some more distorted 1/4 note guitar layers for the heavy part. The song still plateaus in the second half, I could never figure out a part that would move the song forward but shortening the section was wrong too. This mix and the previous are not drastically different, mostly more focused.

At this point the song still had no name, it was just ‘project 01’ since forever. I sent the final mix off to Kim to see if he wanted it for the compilation.

I was happy to be chosen as 1 of 10 for the compilation. Now I really needed a name for it. I came up with the artist name Explosions In This Guy as a play on Explosions In The Sky one of the more famous post-rock bands. I had a lot of possible ideas for the track name based on the sort of imagery that came to mind as I listened. Kim did the mastering and a few days later it was out on Bandcamp.

Here is the finished song mastered by Kim.

Its always interesting to hear one of my mixes after someone else masters it, I usually do my own mastering.

In this case Kim made it a lot brighter, my mix was dark but also it had to fit into a compilation with drastically different musical styles. It’s not just brighter though, its clearer, it’s not as muddy and holy crap that kick drum is massive! I never tried mastering this one myself so I can’t say I would have done anything differently. Comparing the mix I sent him to the master makes my mix sound like a big turd. It sounds right now, it sounds finished. Time to write more epic music.